Why the current education system is failing India’s youth?

Why the current education system is failing India’s youth?

A lot has been written on the educational situation of India. Aanya, through a student’s eyes, contrasts India’s current system with its glorious educational systems of the past. She also eloquently explores the different threads of our pitfalls and how it impacts the children, the families, the society and the nation as a whole.

India has had a rich culture since the beginning of the known history. Finding the Indus Valley Civilization remnants in provinces like Punjab and Sindh, it became evident that our country has had a diverse history of settlers and a developed and advanced education system. Then, the Vedas, a large body of knowledge, was written around 1500 – 1000 BCE in India. Sanskrit, one of the world’s oldest languages, originated in Ancient India. Till about the 17th century, India had a gurukul system in place, where young boys who sought education could receive it. India had no scarcity of knowledge and education.

In the past, India was considered a wondrous place filled with unknown riches and resources. People from various nations would search for India and wanted to acquire a part of these resources. Multiple rulers have come and gone – the Maurya Empire, Guptas, Delhi Sultanate and the Mughals. During this time, there was large patronage for arts, literature and education. But after the arrival of the Europeans in India, India lost a lot of its wealth in terms of resources as well as knowledge. Indians were treated as inferior and ignorant as compared to the British. Even educated Indians started viewing other Indians as lesser than them instead of educating them and helping them learn. Although the Europeans brought many social reforms to India that helped Indian society – like education of women, abolition of caste system, denunciation of purdah system, sati – there was a huge shift in Indian culture and morality that affected education.

Currently, India has the second largest population in the world at 1.3 billion people approximately. India, as a developing country, also has a lot of potential to grow and prosper. Indian history is rich and meaningful and has core values that should be inculcated in our upbringing and education. India’s literacy rate is currently at 73.2%, which means that around 313 million people in India are illiterate. Now, if we consider education as a parameter, 95% of Indian children attend primary school, but only 40% of Indian children go to secondary school. Most children drop out of school after 8th or 10th grade to provide for their families and start working.

The sad truth in India is that when the large-scale poverty is paired with the faulty and defective education system, it results in unskilled labourers and underdeveloped human resources. There is a continuous vicious cycle of underdeveloped resources leading to underdeveloped economy, which once again leads to underdeveloped resources. According to the Right to Education Act passed in 2009, education is the fundamental right of every child between the ages of 6 and 14 and specifies minimum norms in elementary schools. Many children in India do not have the luxury of attending school as they have to help their families by working or taking care of their siblings. Those who do get to attend schools either go to government schools with absentee teachers and severely insufficient funding and infrastructure or highly expensive private schools. The basic foundation of an efficient and productive education system does not exist in India. This is why most children in India end up working as unskilled labourers in factories or firms.

In addition, the content of the syllabus is not as relevant to the requirements of the country and the children. Every child can be given an understanding of the political and administrative system of the country not only from books but also with a meeting with the local administrative officer as well as the MLA where they explain what their responsibilities are. Children are force-fed information and are taught how to copy-paste answers without learning how this information is valuable and can be applied in real life. The children hardly gain anything useful from this education. Rote learning (Kanthastha) is a great way to memorize what you barely understand and to leave a fact or theory in your brain to be pondered over. But both teachers and students have taken this as a shortcut to clearing exams. The education system should be such that it is equally beneficial to those who are quick to learn and those who are not as quick to learn. Moreover, the form of education is general and not vocational or technical. This form of education will only produce general occupations like clerks and technicians and not more needed occupations like entrepreneurs and doctors. Most low-income parents in India don’t send their children to government school as they feel that the schools are poorly managed and organized, and they are right to think so. Why should a parent send their child to school if they are not going to learn anything? It is better to stay at home and learn how to work and earn a livelihood.

India has potential for a much larger and skilled labour force if only the education system was developed. India currently spends 3-3.5% of its GDP on education, whereas ideally, they should be spending at least 6%. The youth of India is a very important resource which, if developed well, could advance India to unimaginable heights. The youth should be treated as an invaluable asset and should be given an environment where they can learn and develop. What is a country without its future citizens? Is it not the duty of a country to ensure that this youth has the means to achieve their objectives and acquire what they need? The Indian Government needs to give more importance to education and the education system as educated individuals and skilled labourers are the key to India’s progress and growth. The education system should be given more funding, better infrastructure, relevant syllabus, good teachers and easier accessibility. Education should not be a luxury for any child in India but the norm.

India should focus on developing the education system and give the children more importance. The possibilities of growth and advancement in India would increase exponentially if all the children were educated. India’s rich history of education and knowledge should not be forgotten and should be applied in current education. Education should not only include textbook teaching but also practical teaching like sports, art, politics, the rules of the stock market, etc. All these aspects of learning should be incorporated into the education system. Indian education has ways to go, but if one step could be taken to improve the system, that would be a step towards a better India. 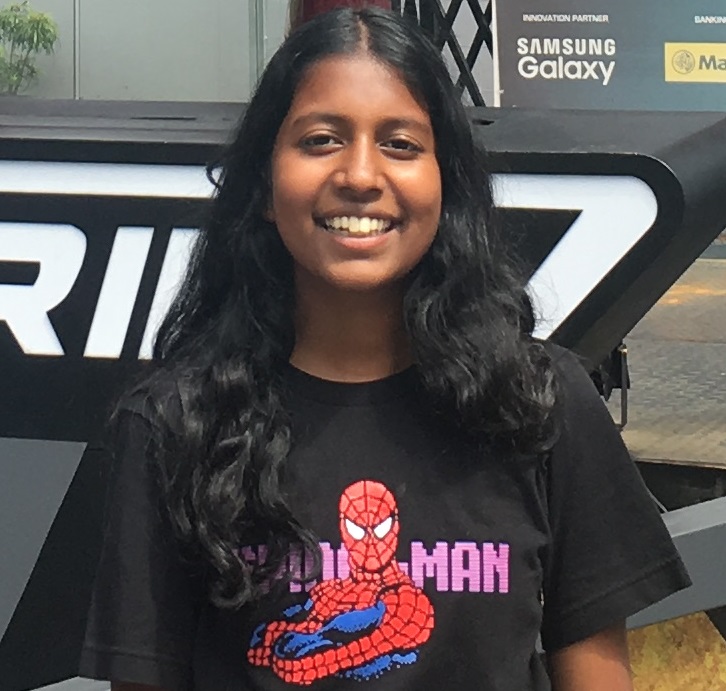 Aanya Michael is a 12th grader at Greenwood High in Bangalore.

Aanya’s interests are in exploring possibilities of creating virtuous cycles for a fun filled, sustainable and equitable world; and developing her own and others’ potentials to the fullest.

Born in Japan and lived there till 8 years old, Aanya has a special place in her heart for Japanese food and Japanese sensibities. Moving to India, Aanya has come across the spirit of India through its colours, vitality, diversity and the knowledge of life India has.

Interested in pursuing studies in Economics, trying the best to find the best avenues for the same.

Aanya Michael is a 12th grader at Greenwood High in Bangalore.

Aanya's interests are in exploring possibilities of creating virtuous cycles for a fun filled, sustainable and equitable world; and developing her own and others' potentials to the fullest.

Born in Japan and lived there till 8 years old, Aanya has a special place in her heart for Japanese food and Japanese sensibities. Moving to India, Aanya has come across the spirit of India through its colours, vitality, diversity and the knowledge of life India has.

Interested in pursuing studies in Economics, trying the best to find the best avenues for the same.