We now have a generation that reads headlines and jumps to incomplete judgments about the news, a generation that seems to be uninterested in or incapable of listening to multiple perspectives with patience before coming to independent conclusions.

Almost everyone associated with the Indian education sector today agrees that the learning models and approaches in our country require a rethink. There are multiple different perspectives and opinions on the way ahead, each of them citing a research study to bolster their stand. But let us take a step back. Before diving into the details of what the ideal pedagogical structure should be, we need to be certain of what the basic foundations of learning are. Without a clear understanding of the foundation, we might keep going down the wrong path, replacing one approach for another without addressing the core. Here I narrate my experience of seeking – and finding – the foundation of learning.

My quest to understand how we learn started with observing infants and toddlers. I marveled at their ability to learn. How do infants know where to look for food? What makes toddlers behave differently while they are with people that they feel safe around? In earlier years, these observations were from a distance – I was looking at children in my extended family and friends’ circle. But a year and a half back I had my own child, and these questions attained an immediacy. I could now observe my child’s learning patterns in real time.

So, what did I observe?

My child was 6 months old when we first met her. Our language was new to her. She had not yet rolled over to her tummy. We wanted to teach her all that she could do, like rolling over, grabbing toys, cooing for attention. But there was a problem – she gave us a blank stare or just a courteous smile whenever we spoke to her. We assumed she was finding it difficult to understand the new language, and deal with the new surroundings and people. But in just a month, she started responding to us – she knew exactly what we were saying when we spoke to her.

How could a 6-month-old learn a new language in 1 month? As my pediatrician explained, she was observing and matching patterns for a whole month.

And she grew, observed things around her even more. If I disciplined my dog, a few minutes later I would hear my toddler repeat all of what I had said – either to my dog again or to whoever else was in her vicinity. Observation had led to mimicking. Also, she learned that there were many things that mommy and daddy knew that she did not. She started questioning us on these. “Mom what is that sound? Mom is that a star?” The questions of ‘what’ and ‘where’ started pouring in like a perennial river. Thanks to her age and the simplicity of her questions, I was able to answer all of them.

But as she grew a little more, so did her powers of imagination. The questions went from ‘what’ and ‘where’ to ‘why’ and ‘why not’. It very quickly became difficult to handle for me. I had to now answer questions that were based on things I could not see, and in a toddler language I half-understood. And to add to this was the self-imposed pressure of wanting to be a super-mom, to understand everything my child was saying. I was back to square 1 of learning.

This was when I had my eureka moment. I started mimicking my daughter – I started to observe her a lot more and ask her questions. Very quickly I was able to understand her and respond to her questions accurately (well, most of the times). It was more than crystal clear that observation and questioning were the pillars of learning. These were the foundation stones on which we needed to build our learning approaches.

I looked back at my own learning journey through this new lens. I thought back to my school days when my questions were often frowned upon. I still recall an incident from my 2nd or 3rd grade when I asked my science teacher “why do we say we inhale oxygen and exhale carbon dioxide, when we actually inhale and exhale air which is a mixture of gases?” I can recall many such incidents through my school and undergraduate years. In all those circumstances I was met either with a condescending tone or simply ignored.

At this point, after facing such reactions to their natural curiosity, most young minds stop vocalizing their questions – to either please their parents and teachers, or to fit in with the majority. A few children who continue their questions are treated like rebels, and they end up having a very different childhood and teenage experience – often with conflicting and suppressed emotions. It is indeed a sad situation.

Unfortunately, this carries on to their adulthood. The lack of inquisitiveness translates to lack of ownership in adults, it results in adults that are comfortable taking a back seat and listing to a leader. My first-hand experience with IT services firms showed me how big a problem this attitude was to the growth of the company. The ownership on delivery and quality always lay with the bosses. The Indian IT firms started suffering when the American companies started negotiating outcome-based contracts. Suddenly we were expected take ownership and bring in thought-leadership to make money. Which is hard if everyone on the team is not thinking along and questioning choices boldly.

This is a sad outcome for India, a country with so much potential. We have spent all our time and effort building factories called engineering colleges which produced average-thinking task robots. We were short on thinkers and thought leaders. Funnily enough, supposedly in an attempt at fixing this situation, rather than addressing the foundations of the education system, we went on to create additional factories, this time in the name of business schools. These new factories produced people who could talk well but had meagre understanding of how businesses work.

We now have a generation that reads headlines and jumps to incomplete judgments about the news, a generation that seems to be uninterested in or incapable of listening to multiple perspectives with patience before coming to independent conclusions. A generation where the majority is happy with a ‘safe’ and mediocre life. We are lacking leaders and pathfinders. We are left with a large group of people afraid to question, challenge the status quo, think different. It is no surprise India lacks in innovation.

This needs to change. The foundations of learning – observation and questioning – must be laid strong. All sorts of educational institutions – K-12, undergraduate and postgraduate – must emphasize on learning and not only on scoring. India being the country with the largest young population in the world, it is immensely important that we re-shift our learning focus to grow into a true global power. After all, we come from a civilization which thrived on questioning. Aren’t all our scriptures and epics essentially answers to thought-provoking questions people asked with humility? 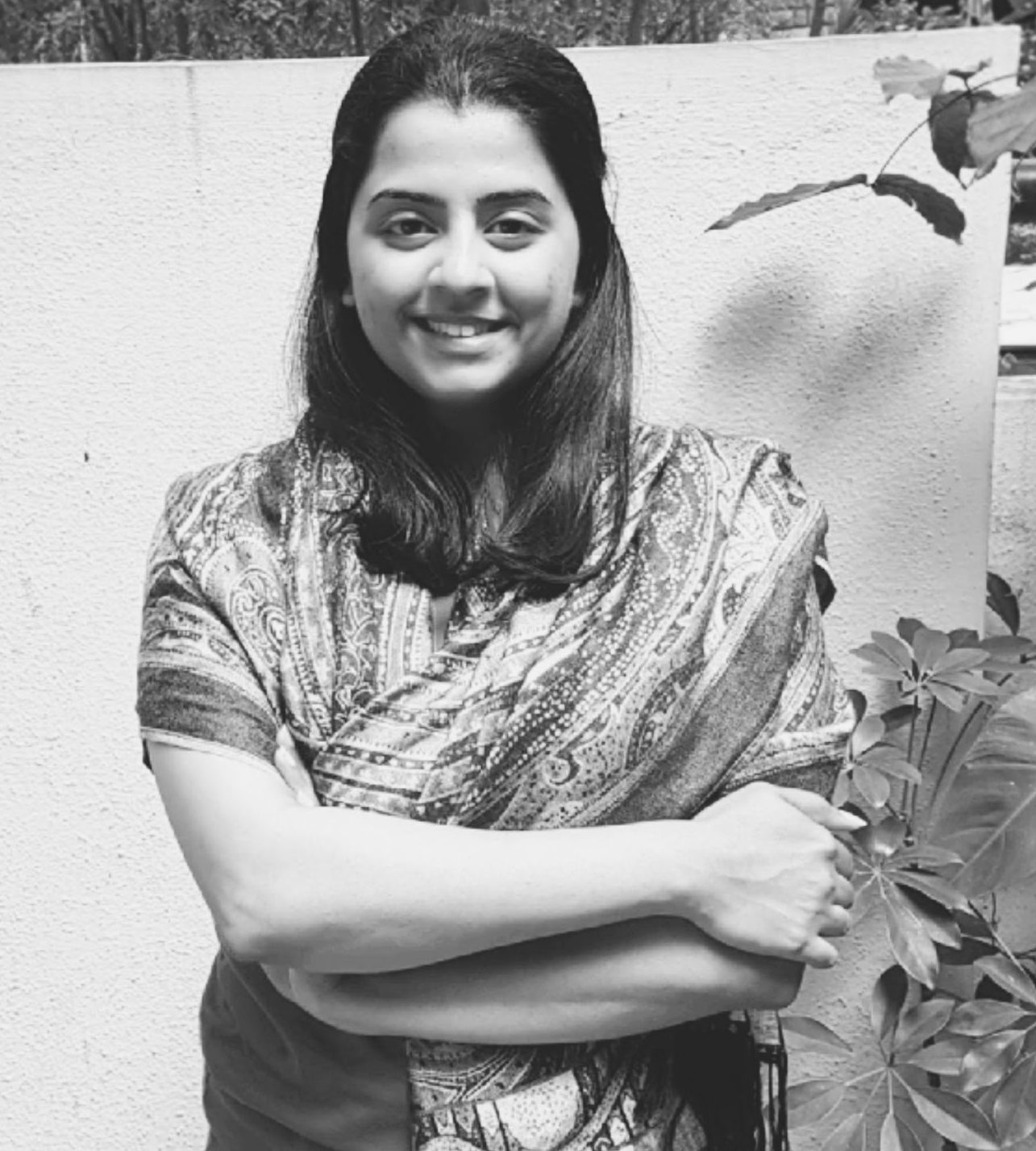 Charanya is the Co-founder of Gurucool, an activity-based learning company on a mission to take ancient Indic Wisdom to young minds in innovative ways. Charanya also serves as an advisor to Mahindra University’s Indira Mahindra School of Education. Prior to this, she was the Head of Strategic Initiatives at the Hippocampus Learning Centres, working directly with schools and KG centres in rural Karnataka. She holds an MBA from INSEAD (France/Singapore) and MS from University of North Carolina, Charlotte (USA).

Charanya is the Co-founder of Gurucool, an activity-based learning company on a mission to take ancient Indic Wisdom to young minds in innovative ways. Charanya also serves as an advisor to Mahindra University's Indira Mahindra School of Education. Prior to this, she was the Head of Strategic Initiatives at the Hippocampus Learning Centres, working directly with schools and KG centres in rural Karnataka. She holds an MBA from INSEAD (France/Singapore) and MS from University of North Carolina, Charlotte (USA).